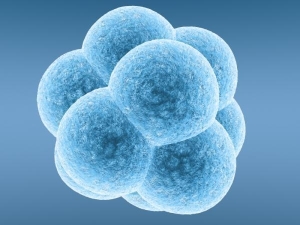 The ground is changing beneath our feet, and it behooves us to be nimble.
(Chuck Wendig, hybrid penmonkey)

I’m an emerging author, fresh out of the real world womb from whence most authors come. I don’t have a track record, or endorsements, or any bestsellers at all. I’m clueless and impressionable.

Naturally I look to my elders, the established writers, for their guidance. Particularly to help me navigate this new world, this confusing, ever-shifting world of publishing:

On my left is an opinionated, passionate group of self-published writers who gnash their teeth and wail that traditional publishing starves creativity and is purely driven by profit, not art, with the interests of shareholders, not readers or writers, in focus.

On my right is an opinionated, passionate group of traditionally published writers who wring their hands and cry that the flood of independent authors has introduced thousands of novels of pure drivel to the market and seriously impeded the quality and reputation of the industry. They often argue that self-publishing is a vanity act for the desperate, and the few talented authors that remain independent will never have the reach to compete with legacy publishers anyway.

On Monday I was standing there, in the middle of the frenzied battleground, with a lovely, (almost) polished, bad-ass novel, and a heavy decision to make:

Be brave, trust self, go independent? Or have patience, embrace the tried and tested, go traditional?

And then my life knotted itself into a bizarre twist I hadn’t expected. (Clouds thicken here, the anticipation is swollen with a soft, but high pitched white noise tone.)

First: I made the decision to self-publish my first novel, Ascension Denied.

Then: I signed with a major NY publishing house to publish my second novel (a co-authored mystery, and they won’t let me say any more until their publicity people have announced what they want to announce).
So, with the furious groups on either side of me, I’ll be starting off a writing career straddling both sides of a very fierce argument. A hybrid author, a mongrel of words, if you will.

There are plenty of other hybrid authors. A survey of nearly 5,000 authors showed that, “in aggregate, they are better at marketing their books, have more nuanced and sophisticated views on the publishing industry, have a higher sense of their value and, ultimately, make more money from their writing than other kinds of authors including self-published, traditionally published and aspiring authors.” (What Authors Want: Understanding Authors in the Era of Self-Publishing, 2013)

But of course, these clever, clever authors have something I don’t: a clue.

Some come from a background of self-published writing they used to build their career, following which their successful independent titles got purchased by publishing houses who wanted a slice of the pie (Think Hugh Howey, E.L James). Others come from a background of traditional publishing, build a solid and loyal following, and grow to the financial freedom to break free from the contracts and explore their own projects where they hold all the creative control (Think Robert Rankin, what a guy!)

But I don’t know of any who started off as both? Does anyone else?

So I’ll be documenting both processes as we go along.

To start off, here is a quick status report:

Ascension Denied (self): The manuscript is in the final stages of polishing, I have submitted the marketing blurb, met with the cover designer, specified the format (hard, soft and e), and tried (and failed) to calculate the market price based on the word count.

My legacy-published project (hope to be able to use the title soon): The contracts are signed, the first five chapters reviewed, discussions now with the publisher about how they want the tone, plot points, and which characters they want to add and subtract. The release date is being negotiated.

I’ll be blogging weekly with how each of the two projects are moving along and how I’m feeling along the way. I’ll try to include more words than this: confused. I hope it’ll be of use to someone, and if anyone reading this has any inside info that may be of use to a bewildered wordsmith, please, please comment.